The much maligned millennials should get credit for creating a philosophy which is actually more sound than that of our parents or grandparents. F.I.R.E. was born from their lack of desire to conform to some of the old school methods that have frankly been beaten into Americans as the norm or as the responsible way to live.

Financially Independent Retire Early (FIRE) is based around the idea of living modestly early in life so that you don’t have to spend a majority of your life working. Pretty good right? I’ll say mostly.

The concept of not working our entire lives is one that myself and most anyone can get behind. It is the first part, the live frugally or modestly, that the average American says, “Whoa!!! Wait a minute!”

Let’s face it, as Americans we are trained to Super Size it, upgrade it or simply buy two of them whenever possible.     – Todd Burkhalter

It’s that mentality which fuels our consumption and excessive lifestyles. That same lifestyle that makes it tough for most people to save any money. Therefore, most people never seek to learn about personal finances because they believe that it will only interfere with their enjoyment and lifestyle in which they REALLY enjoy today.

Investment companies and traditional financial planning are largely to blame for this lack of understanding that there is actually a better way. I say they are to blame, not really. They are only doing what benefits themselves so blame is a strong word, lets choose self-serving.

Traditional Financial Planning teaches us to stash away money into funds or accounts which we can’t touch for decades. So that, when that day finally comes (maybe we’re 65 or so years old) then we can begin to enjoy our hard earned savings; assuming it is still there and that it is a large pile to last. Assuming tax rates and inflation haven’t diminished the accounts value, assuming that the stock market hasn’t declined to a point where we have to wait even longer yet.

As you may have guessed, we teach a very different methodology. At Drive Planning we want to adhere to all of the facets which make up FIRE. Absolutely let’s be financially independent and certainly the idea of retiring early sounds great. Let’s even lose the aforementioned live modestly or frugally. We will replace that part with, live more freely and be less dependent upon a “real job” or W-2 if you will.

There is a way to create the lifestyle that you desire yet not be beholden to a 9 to 5 job or bound to ever increasing quotas and conference calls. In my book, Bullet Proof Your Finances I spell out over only 41 pages a step by step guide for designing the financial life that you desire, One that allows you to have the confidence to live freely.

For many, this is a life or lifestyle which can be achieved right now and for others it could take a couple of years. It depends on how quickly you get started and your ability to take action; not necessarily how much money you currently have in the bank! The book walks you through exactly what to do; but if you desire to have a guide by all means we are here for you.

I have done this personally and coached hundreds to being able to do the same.

It is time to light the FIRE within you!

The book, Bullet Proof Your Finances is a great starting point. I have reduced it to $1.99 for this offer. Less than a coffee:) If you know it is time for you to change, just say yes. It is cheaper here than on Amazon!

I Want The Guide Book!

Have you tried programs before without success? Maybe it was the program, maybe it was you. It is possible that you know yourself well enough to say, ” I won’t read the book” or “I won’t follow through”. It is possible that you need someone to help you. That is OK! You may need a personal guide. If you would like for me and my team to walk you through the program; step by step, we will gladly do that for you. In fact we will actually do much of the hard work for you whenever possible. You just have to say “yes, I’d like the help and click the link below.

Either decision is a good one. A bad decision would be to Exit This Page and do nothing! Take the chance to learn a new way. New Freedom.

I encourage you to stay tuned to our social media. You can definitely gain knowledge through all of the free content that myself and team members put on-line. However, it is not nearly as valuable as an organized very methodical personalized approach.

Thanks for sticking with me this far. I look forward to meeting you!

If you have questions about our Coaching Program or want to discuss a payment plan, simply TEXT: Coaching to 470-243-1717

Congratulations to Robert Kiyosaki on reaching the 20th anniversary of his revolutionary book Rich Dad Poor Dad. Certainly myself and all of our clients have benefited from the wisdom within this book! 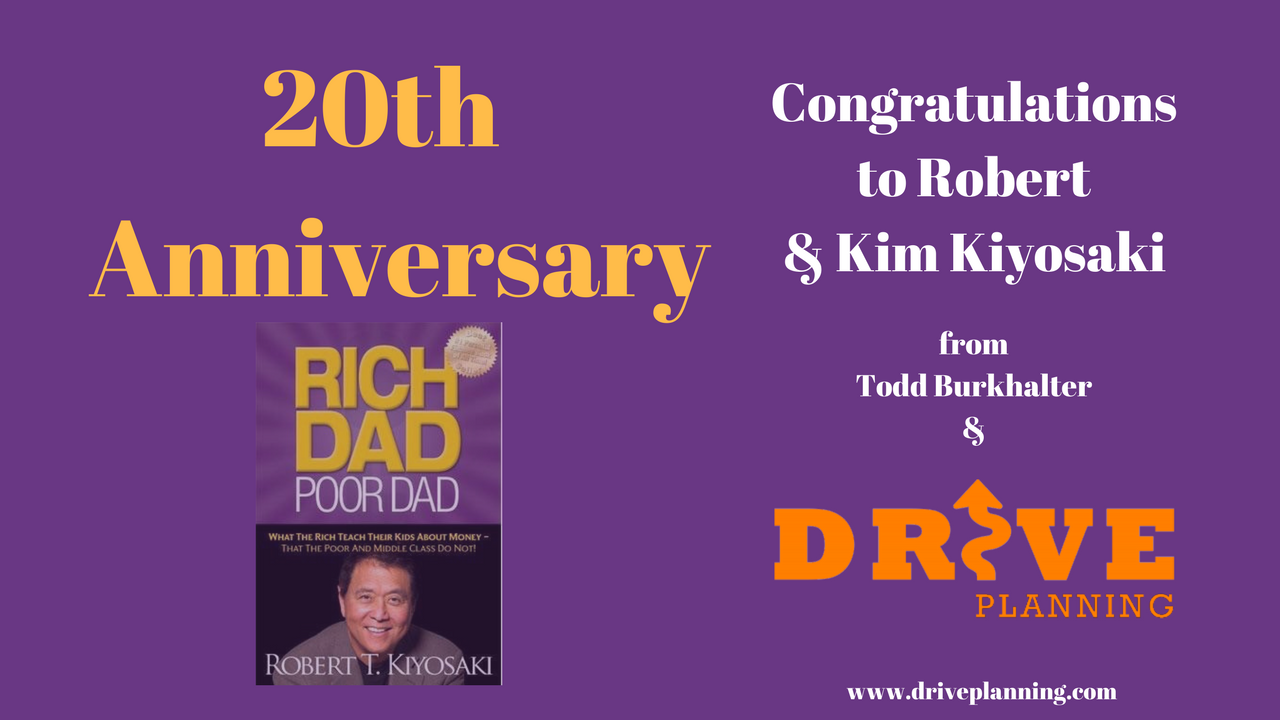 If you haven’t had the chance to read the book; Clearly I would recommend this as a first step in your Financial Education. If you aren’t a reader, Robert and The Rich Dad Companies have created numerous avenues for you to learn. You may want to purchase some of the videos or even a Board Game, Cash Flow and Cash Flow for Kids as other ways to learn from his valuable insight.

You can follow this link to a Blog Series that I wrote years ago highlighting some of what I learned from the original Rich Dad Poor Dad book. Visit YouTube to watch my personal Thank You message to Robert and Kim for this book and congratulating them on their years of success.

If you are looking for someone to work directly with on coaching you through some of these concepts in Real Estate Investing and/or Personal Financial Planning feel free to reach out to me directly, connect through social media channels in the sidebar, or visit Drive Planning On-Line. 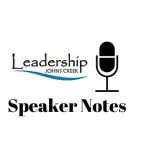 This week Leadership Johns Creek hosted its second event for The Leadership Johns Creek Speaker Series. Our intent is to increase the value of our Alumni’s continued membership in the organization. One of the ways to add value to each member is to weigh in to their education, inspiration of their personal leadership journey.

Mrs. Lisa Eason shared with our group her compelling story of overcoming the worst of childhood scenarios. Her story of rising to a position of leadership within the State of Georgia’s Purchasing Agency but only after overcoming a series of life events that could have crippled someone to a life of addiction, self-pity or worst case complacency.  I have “roughly” detailed her story below for those who were not in attendance.

She began by sharing her family dynamics and history. Lisa being the oldest of 4 children in a family that went through a divorce prior to her 5th birthday.  She was left to care for her younger siblings at only her age of 11 years old. Preparing meals and being the general caretaker while her mother was absorbed in dating.

By the age of 15, she was pregnant and refused to give up the child to abortion or adoption. Dropping out of school during the 9th grade to care for her own child, yet made it clear that she never accepted aid from the government in any manner. Her job at a sewing factory provided for and her responsibilities.
She escaped an abusive relationship by picking up her children one afternoon from their school or respective places of care to drive to Newnan, Georgia where a friend had offered refuge.

While in Georgia she later became married to a person who she described as “someone who didn’t like to work….”

Desiring to improve her life; she applied for an advanced position in management at the sewing factory, but realized that a high school education was needed. So being the overcomer that she is she studied and passed the test for a GED Diploma.

Continuing to pursue higher dreams and a better life she continued to find new opportunities, one with the organization that helped promote young people in getting their GED.

One of the positions which she desired required a college degree. So naturally, she enrolled in college and began classes with her 4 year old sitting in her lap throughout numerous classes. Resisting giving up her educational dreams after failing Calculus she continued to study and ultimately passed Calculus with a 110 grade in the class.

Continuing on she took 7 ½ years but she ultimately finished college!

It was during this time that she shared her husband; the one who didn’t care to work was revealed to have sexually abused her daughter. Before the trial ever happened he committed suicide while in prison. Dealing with the turmoil and grief associated with all of these events she forged ahead never in self-pity but always with an eye towards improving herself and her families’ outcome.

The element of compassion and giving back approach that Mrs. Eason exhibits stems from her boss for a number of years that played an important role in her advancement. Lisa was ashamed to share her background and life story with anyone until Ron Jackson, her boss, caught wind of her story and set up an opportunity for her to share it with her local paper.

Between Ron Jackson and her Mother-In-Law years prior they were the few people who ever encouraged her with their actions and words which made such a difference in her life. Still today she values encouragement expressing that you never know how your kindness and words of encouragement can make a difference.

After her story was “out of the bag” so to speak, she was afforded numerous opportunities to share her message of overcoming circumstances and pursuing higher education. She now will often be heard giving commencement speeches at high schools and schools that specialize in GED programs.

Her career has continued to move forward due to her determination, work ethic and compassion for others. She stated that her first action item after being promoted to Assistant Deputy of Purchasing with the State of Georgia was to look for someone to mentor.

To Tweet This Message Click Here: Because as a leader you always have to look for ways to give back.

Her most recent efforts to giving back has led to the purchasing which she is mentoring just last week received their GED diploma and is looking to go higher with their career and education.

She ended by sharing some vision that she hopes to “run a college” someday. I personally have no doubt that she will get there. I encouraged her as we closed the Speaker Series event that her story was valuable, as is everyone’s, but her story would make for a great book. We can probably look for that soon considering her determination, work ethic and compassion for helping others. 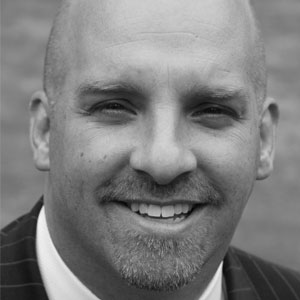 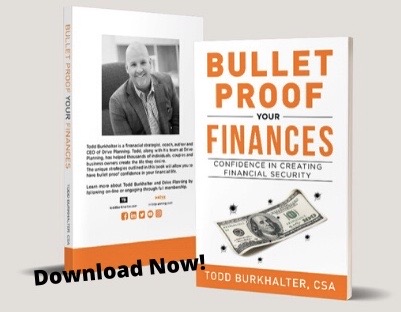 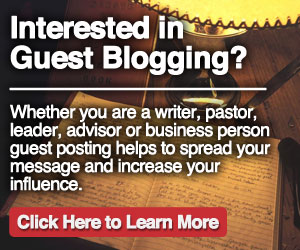 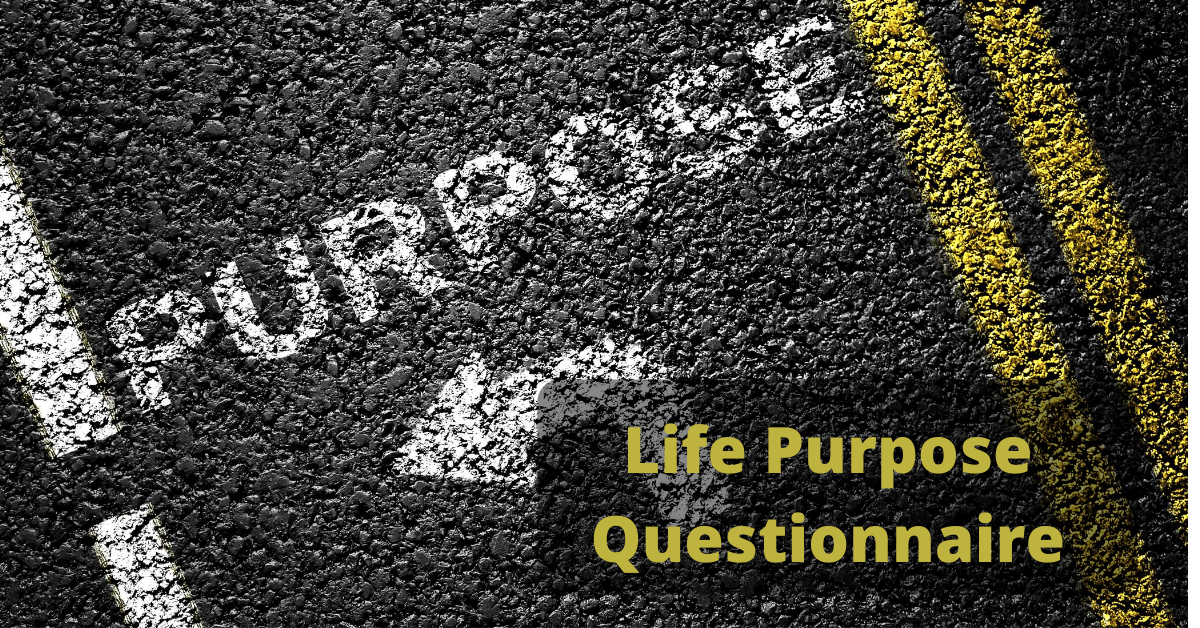 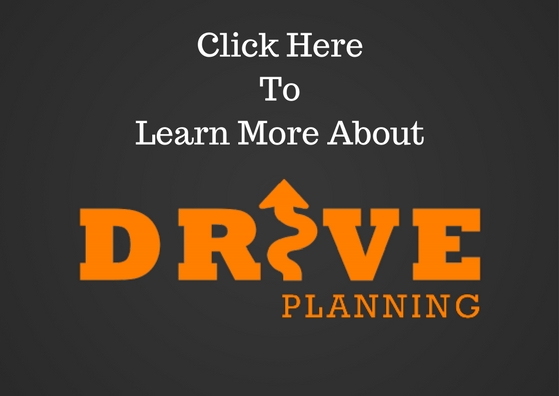 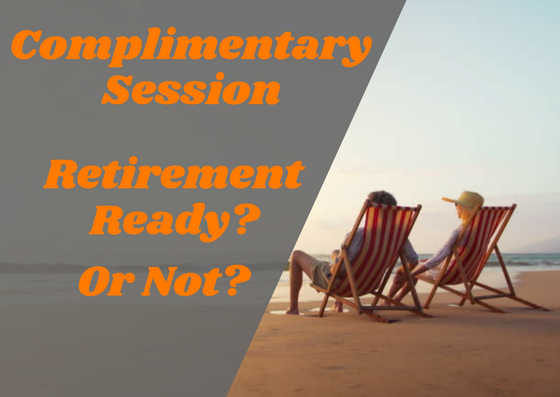 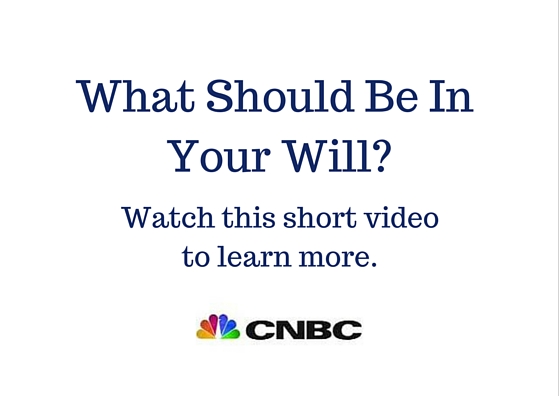 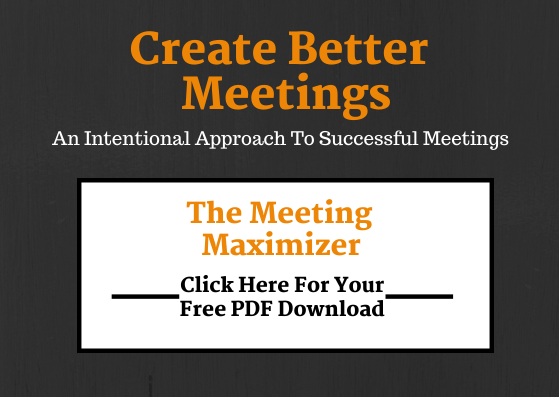 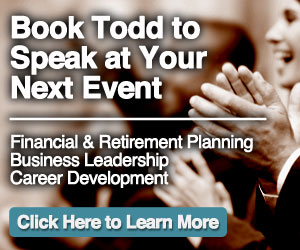 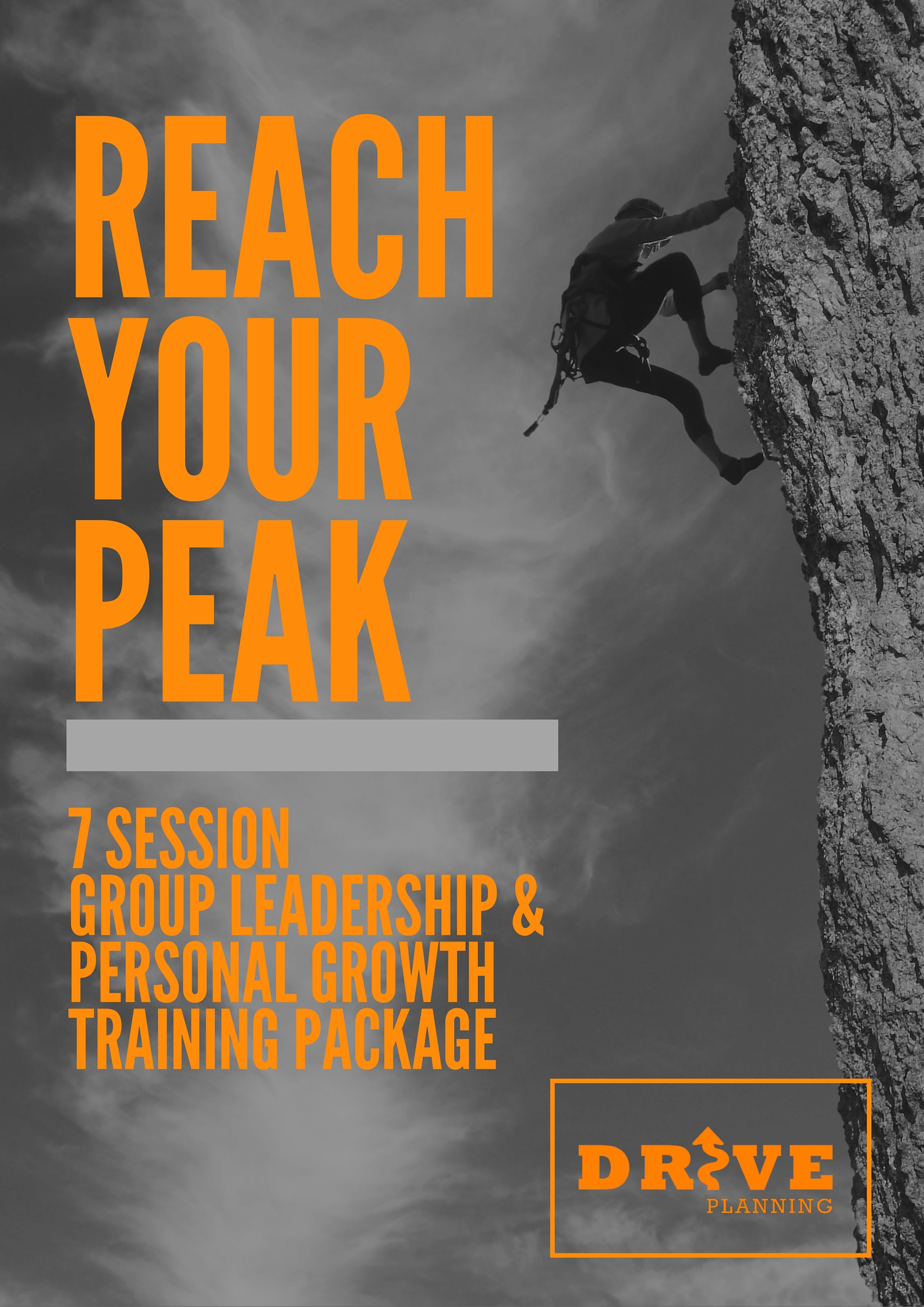