Markets closed out another positive week, shrugging off lackluster consumer confidence and
moderate earnings reports to hover around multi-year highs. For the week, the S&P 500 gained 0.95%, the Dow gained 1.2%, and the Nasdaq gained 0.29%.[i]

In Washington, Congressional Republicans backed off from a debt showdown against a
resolute President Obama that could have risked a government default on debt. Republicans said they were prepared to raise the debt ceiling and allow the federal government to borrow operating expenses for the next three months, kicking the fiscal can further down the road.[ii]

To be frank, we’re frustrated with Congress’ inability to make hard choices about spending
and debt. Allowing the U.S. to fall into default would be catastrophic, given that the world treats U.S. government debt as essentially default risk free. Despite their promising rhetoric to use the debt ceiling debate to force widespread fiscal reform, many politicians seem to have abandoned that position in favor of baby steps.[iii]

Federal Reserve Chairman Ben Bernanke spoke on Monday, showing support for the fiscal
cliff deal reached on January 1, but emphasizing that lawmakers still need to come to an agreement over the debt ceiling. The chairman also claimed that the Fed’s unusual December move to tie monetary policy to unemployment and inflation targets was designed to provide financial markets with greater clarity.[iv]

Earnings reports show that the final quarter of 2012 ended well, with many firms
reporting better-than-expected (but not mind-blowing) results. However, business leaders are still cautious, noting that the debt ceiling debate and uncertainty over potentially higher corporate taxes clouds their 2013 outlook. On the positive side, many firms are bullish on the U.S. economy and are confident that trends show an ongoing recovery.[v]

In a rare confluence of events, Monday was both a national holiday and the inauguration
of President Obama’s second term, starting the week off fairly quiet for markets. There will also be relatively few economic reports released this week, meaning that traders will turn their attention to remaining earnings reports from firms like Google (GOOG), Starbucks (SBUX), and McDonald’s (MCD). Investors will also be paying close attention to new reports about the strength of the housing market, which are widely expected to show a continued recovery.[vi] 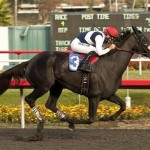 Markets finished the first week of 2013 with a bang, upbeat over resolution surrounding fiscal cliff talks. The S&P 500 closed up 4.6% for the week, hitting a high of 1,466 on Friday; a level not seen since December 2007. The other indices also closed up, with the Dow gaining 3.8% and the Nasdaq climbing 4.77%.[i] Although soon-to-be-released fourth-quarter earnings data could slow things down, a flood of new pension and 401k money has potential to keep the rally going.[ii] Only time will tell the story.

Though you may be following this already, we feel a responsibility to recap some recent events and their
outcomes. The U.S. Senate was finally able to reach a deal with the Whitehouse in the early hours of January 1, after which the House ratified the American Taxpayer Relief Act of 2012. Major provisions of this bill include:

Although Americans are relieved that the fiscal cliff quagmire is over, a Gallup poll shows that
opinions are split over the deal, with 43% showing approval, while 45% disapprove.[iv]
There is still much work to be done when it comes to balancing our nation’s finances, and this deal barely puts a dent in the budget deficit, but we hope lawmakers will remain committed to formulating lasting solutions.

Looking ahead, fourth quarter earnings will kick off this week and American corporations will be under the microscope as analysts try to decide whether fundamentals support further market upside.[v]